New York City is becoming the new epicenter of the novel coronavirus spreading across the country — with 10,764 confirmed Covid-19 cases and 99 deaths.

The city’s death toll from the coronavirus reached 99 Sunday night, up from 63 in the morning, according to Mayor de Blasio’s office.

Three weeks after the city’s first confirmed case, New York now accounts for roughly 5% of the world’s confirmed cases, making it an epicenter of the global pandemic

Office buildings are closed except for essential workers as the governor and mayor consider a complete shutdown of life in a city of 8.4 million and to explain what that will mean.

The “very, very difficult” decision would come in the next 48 hours, de Blasio said – sending a shiver down the spines of the city’s 26,000 restaurants and 10,000 bars. 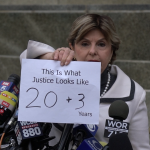