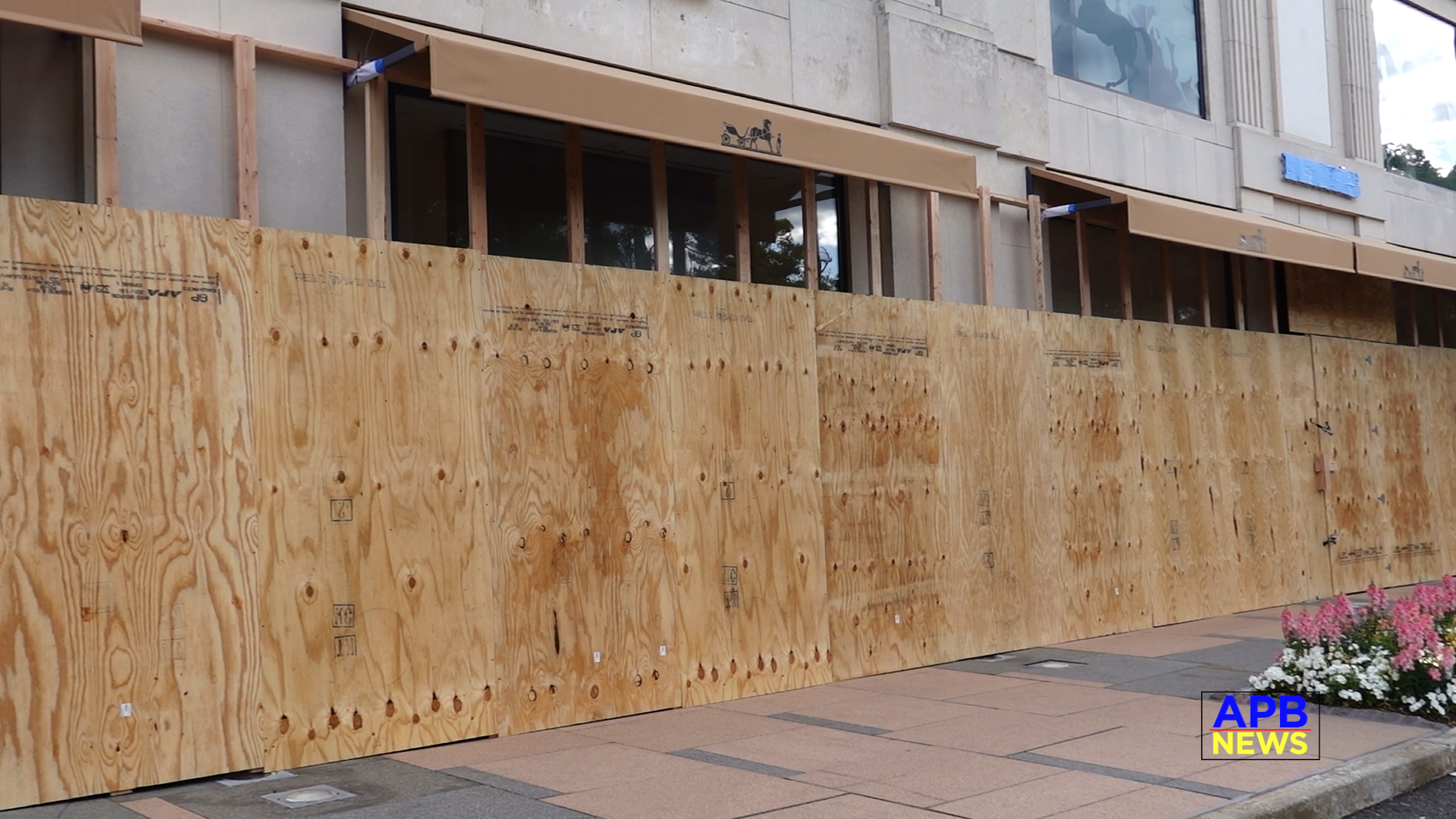 In fear of the warnings given off by the Black Lives Matter rhetoric in which they threatened to take the march to upscale predominantly white neighborhoods, many of the high end retailers: Gucci, Louis Vuitton, Fendi, Bottega Veneta, Dior and Ferragamo were being boarded up by construction crews on Sunday night.

Other than restaurant take out, the mall has been closed due to the COVID-19 virus .Curfews continue around the country on Sunday as cities brace for more protests over the death of George Floyd. The 46-year-old died after he was pinned to the ground by Minneapolis police. One of the officers, Derek Chauvin, was charged with third-degree murder and manslaughter on Friday.

Police have arrested at least 1,669 people in 22 U.S. cities in the past 3 days
Demonstrations in response to the death of George Floyd have been staged in upscale areas including recently gentrified downtown L.A., the Fairfax District, Beverly Hills. That is by design, Abdullah said.

“We’ve been very deliberate in saying that the violence and pain and hurt that’s experienced on a daily basis by black folks at the hands of a repressive system should also be visited upon, to a degree, to those who think that they can just retreat to white affluence,” she said.

Melina Abdullah is a professor of Pan-African Studies at Cal State Los Angeles, one of the original members of Black Lives Matter-L.A. group and one of the city’s most prominent voices advocating against police violence.

She has been a fixture at Los Angeles City Police Commission meetings leading protests. She sued former LA Police Chief Charlie Beck back in February in federal court alleging she was wrongfully prosecuted for her activism during a city police commission meeting.

That remark has caused concern from the owners of the upscale stores at the Americana to take the extra step to board up.

While the Nassau County Police Department have no credible threats, there were a number of units on patrol watching the boarding up process in the distance.