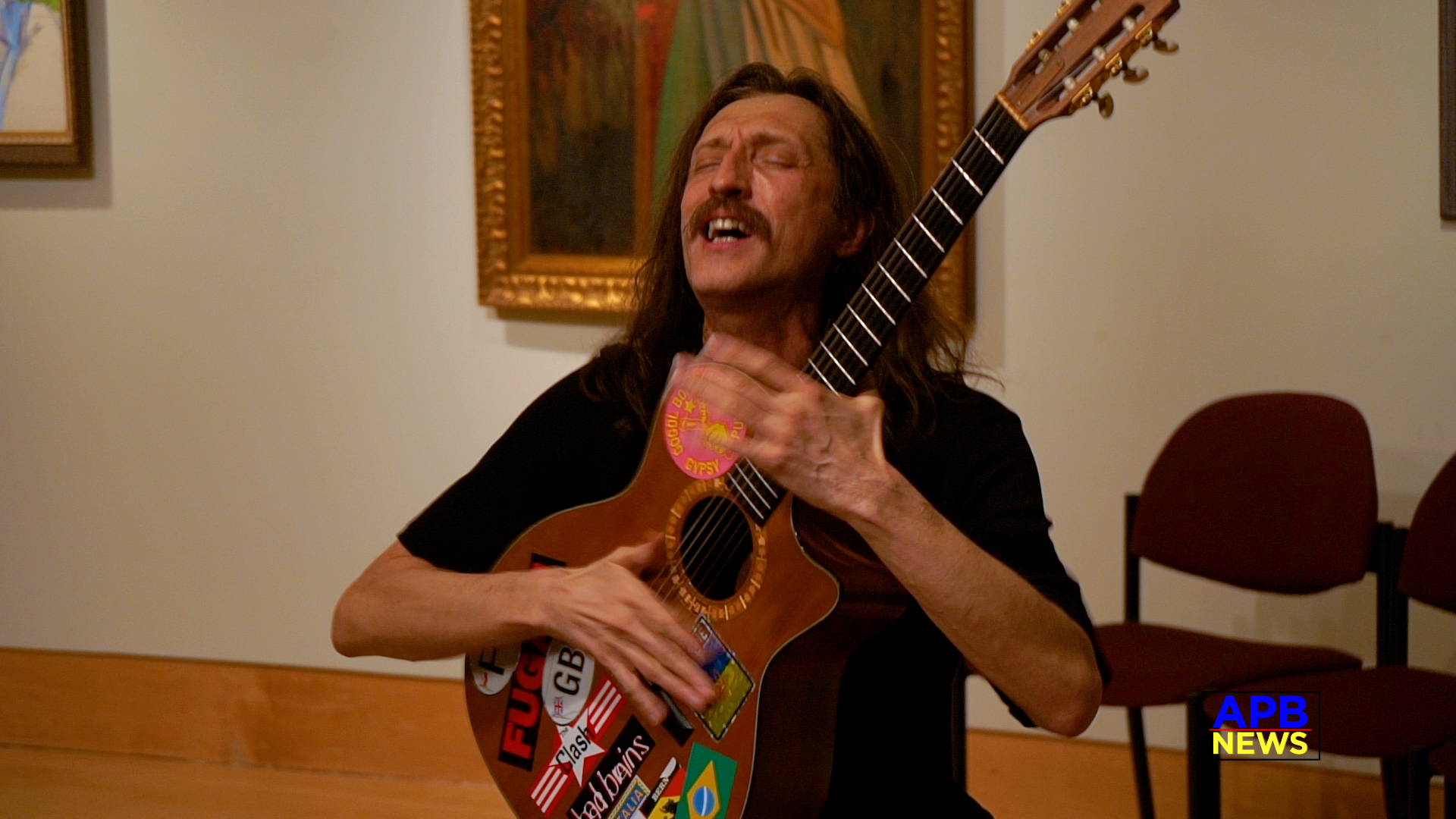 APB News was on site for a series of emotional performances by Ukrainian musical artists and poets who to took the the main stage at the Ukrainian Museum on East 6th Street on Wednesday night to lend theory support for their brothers and sisters in Ukraine and to help raise much needed funding.

The powerful and dramatic evening saw a sold out crowd forcing an overflow viewing area in the lobby – many offering their morals and financial support to the groups that are raising money to send back home.

International recording star Eugene Hutz, the front man for the Gogol Bordello musical group, offered a heartfelt string of special songs he wrote for the night that putting into words what the Ukrainian people are going through now and that they have been living under this dark cloud of fear for many years now suspecting the Russian federation would invade at some point.

Maria Shust, the director of The Ukrainian Museum was at a loss for words in near tears reflecting on many back home suffering now and fearing that worse is still yet to come. 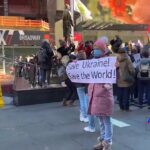 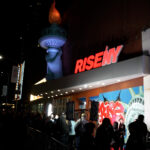