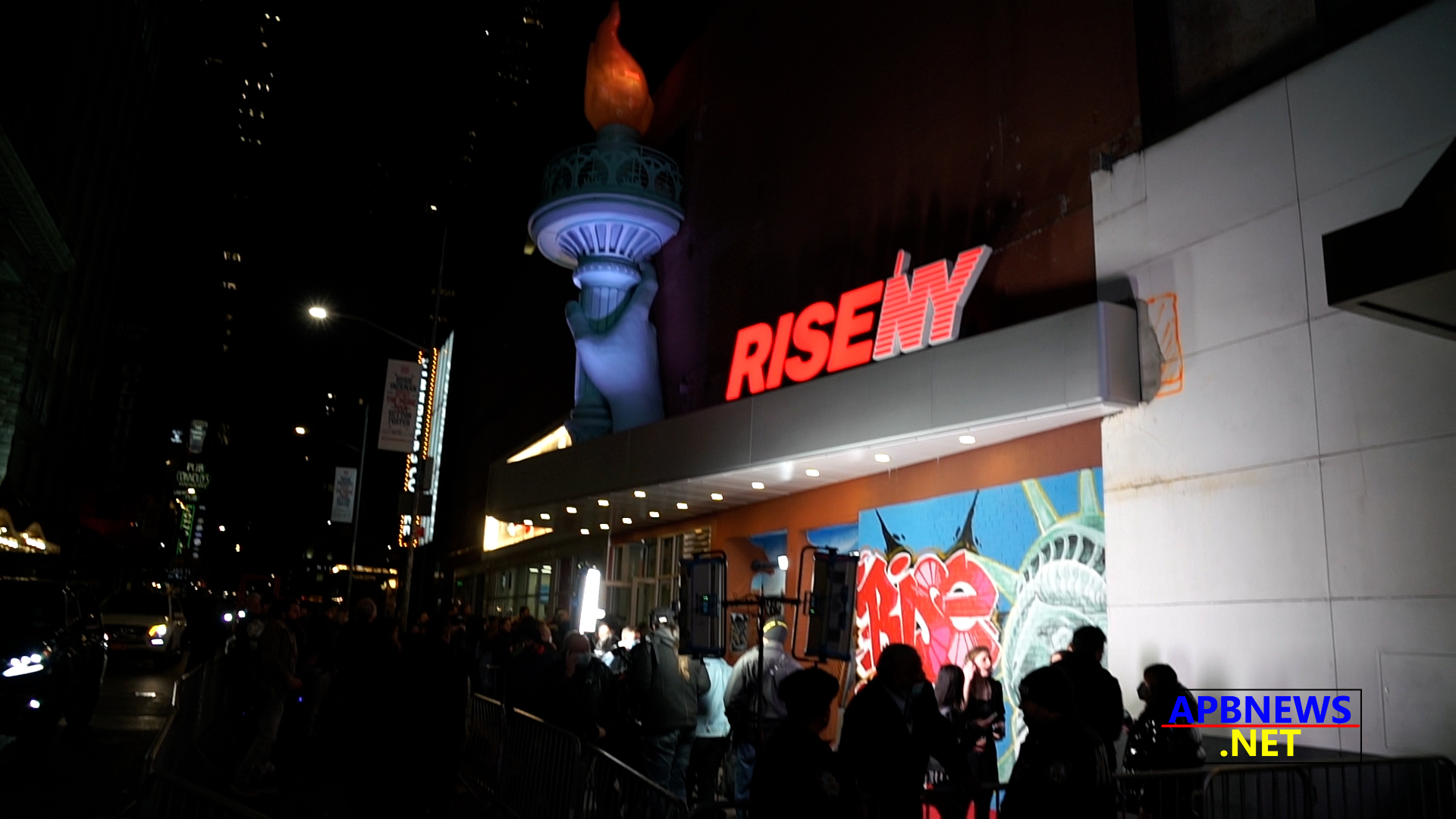 APB News was on the red carpet for the ribbon cutting ceremony to open the front doors to RiseNY, a first-of-its-kind new attraction combining a soaring ride where visitors experience the ultimate feeling of flight as they soar high above New York City, paired with museum exhibit galleries that celebrate iconic aspects of NYC.

Actors Katie Holmes and Neil Patrick Harris were on the red carpet as well as chef Anne. Burrell, a television personality, and former instructor at the Institute of Culinary Education. She is the host of the Food Network show Secrets of a Restaurant Chef and co-host of Worst Cooks in America.

The centerpiece of RiseNY is a world-class, state-of-the-art flying theater that gives visitors a unique bird’s-eye view of the Big Apple. Once on board and lifted 30 feet into the air, guests will hang suspended, their feet dangling as they glide over NYC’s skyline and landmarks while inside a 180-degree, 40-foot projection dome featuring aerial footage that creates the sensation of flight.

Before taking flight on the ride, visitors journey through seven distinctly themed galleries – Finance, Skyline, TV/Radio, Fashion, Music, Broadway and Film – to explore NYC’s vibrant pop-cultural evolution to see its indelible impact not only on the city itself, but the world. RiseNY begins with an immersive film by award-winning documentarians Ric Burns and James Sanders, narrated by beloved actor Jeff Goldblum.

RiseNY is created and produced by Running Subway in partnership with several prestigious cultural institutions, Broadway shows and individuals that serve as co-curators of their respective galleries. They include the Rock & Roll Hall of Fame, Museum of American Finance, Museum of Broadcast Communications & Radio Hall of Fame, Museum at FIT, Skyscraper Museum, Tribeca Festival, and David Bushman, former head curator at The Paley Center.

The NYPD was on site offering the actress, director and producer Katie Holmes a straight path back to her SUV. 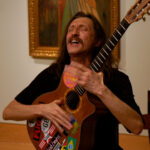 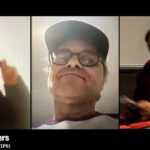