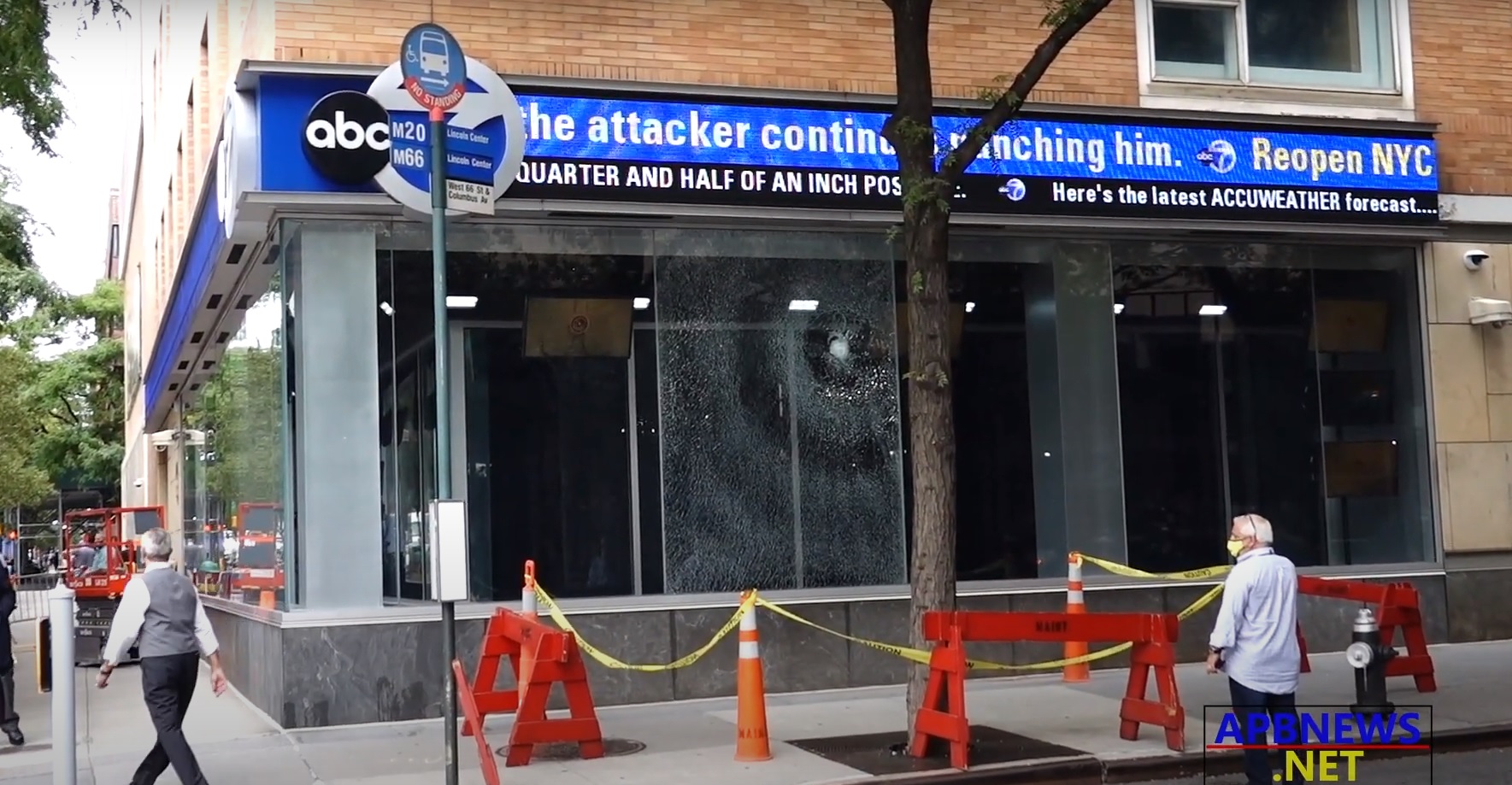 APB News was first on the scene when the NYPD was notified that a vandal had smashed a huge rock to Columbus Avenue and West 66th Street studio windows causing major damage.

The windows are bullet proof and sustained cracks from the outside but did not penetrate the inside studio nor injure any staff.

NYPD detectives say the man quickly ran away and are in pursuit. Detectives on the scene were seen inside the ABC studios looking at security camera videos from the cameras in the street. 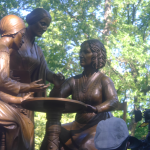 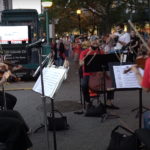