NY Philharmonic Takes it to the Streets

September 2020 – New York City By: Mike Leventhal APB Staff Reporter The Philharmonic made its first official return to live, public performances with NY Phil Bandwagon. New Yorkers in all five boroughs caught sight of NY Phil Bandwagon, a customized pick-up truck that served as a stage for “pull-up” community performances. Small ensembles of the Orchestra’s musicians will perform on street corners, plazas, and sidewalks, playing varied programs across the city in a new, experimental concert format. Countertenor Anthony Roth Costanzo collaborated with the New York Philharmonic as the Producer for this project, launching Bandwagon on an eight-week run starting in August and concluding just days ago with performances by three Philharmonic string players. The series’ repertoire included new pieces commissioned by the Philharmonic specifically for this initiative, including Loop by Carlos Simon, 2021 Sphinx Medal of Excellence Awardee, and new works by Anthony Barfield and Viet Cuong, in addition to a participant from the New York Philharmonic Very Young Composers Program. A partner in this project included the League of Women Voters of the City of New York, which sent volunteers to select performances to encourage listeners and passers-by to register to vote and complete the 2020 Census. 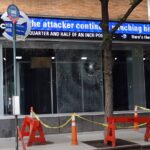 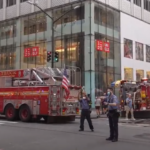